Slave resistance has a long and honored history in our country. Leaders like Nat Turner and Denmark Vesey, who planned armed uprisings, are famous figures in black history. Resistance took other forms, too, from verbal confrontation to work slowdowns to sabotage. The historical record shows that all of these forms of resistance happened in Washington County, Maryland. The most dramatic example was a slave uprising—or something like an uprising—at the Antietam Iron Works near Sharpsburg, in about 1836. 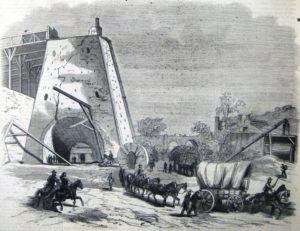 Several dozen enslaved men labored at the iron works, many of them married to free women of color. John Brien, the proprietor, prided himself on what he considered his good treatment of the enslaved workforce. But we get another perspective from the Rev. Thomas Henry, an A.M.E. preacher who ran a mission at the forge. He wrote that the white workers resented the blacks, and only Brien himself held the whites’ hostility in check. Henry seems to have been an eyewitness to the violent clash that took place in or around 1836.

Violence at the Works

On the fateful day, Brien was away from the works, and his white agent was in charge. Left to their own devices, the white workers attempted to tie up and whip the enslaved workers. The black men, facing this aggression, were determined not to let their white co-workers beat them. In the Rev. Henry’s words, “This caused a young [i.e., minor] insurrection…. [A] colored man that they called Stuttering Pete … caught one of the white men and threw him across the mill race. [Pete] then told me that his men could not be taken—and well he might say this, for a more powerful set of men I have never seen.”

The black men’s dramatic resistance led to escalation by the whites. In Henry’s words, “The agent then went up to Sharpsburg to bring down the militia, and when they arrived the boys [i.e., the enslaved workers] had fled to the hills and mountains, and could not be seen.” This retreat by the enslaved workers allowed time for tempers to cool. 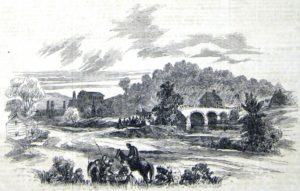 According to Henry, the black workers “stayed away from the forge and watched for the return of Mr. [Brien], their master, and when he returned he said to me, ‘Thomas, here comes my boys from the mountains and hills, all coming to me like wild cattle.’ He told the agent that no man had authority to strike any of his hands, and if they have done anything that conflicts with the law, [he would] settle that [himself]. He told me that he called his men together and settled with them as he thought best.”

When we compare this episode with other slave uprisings, both the white provocation and the quick resort to the nearby militia are typical. What made this “insurrection” unusual was its peaceful resolution. The Antietam slaves trusted John Brien to protect them from other whites, and the outcome of the event proved them right, this time. The “insurrection” was more in the nature of a labor action. These enslaved men acted spontaneously to protect themselves from a sudden assault by whites. Unlike most slave uprisings, the goal of this one was to preserve the status quo. This fact, along with the return of their powerful white protector, was also the key to its success.

Sadly, though, John Brien turned out to be a typical enslaver in the end, and the enslaved workers’ faith in him was misplaced. In 1848, facing bankruptcy, Brien and his creditors decided to sell the iron workers. They resisted this too, asking him for their freedom instead, but Brien was indignant: “… I have always treated them most kindly, [and] this is indeed gross ingratitude… It would be a [serious] loss to me if they leave this place for Pennsylvania.” 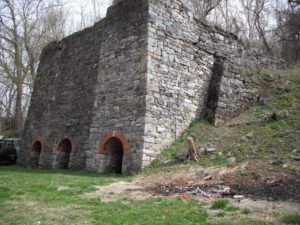 Maybe some of them did get away to Pennsylvania. But a man named Peter was sold; was he the powerful Stuttering Pete who had thrown a coworker across the millstream? Twenty-two other men, eight women, and eighteen children were also sold when the iron works went under. Even when they were on “good” terms with the people they legally owned, enslavers thought of slavery as a business proposition first and foremost, and they thought of enslaved people as valuable property. John Brien, who prided himself on his good treatment of the “boys” at the Antietam iron works, was no exception.

Emilie Amt, D.Phil., is a professor of history at Hood College in Frederick, MD. She blogs about African-American, local, and medieval history at The Amt-iquary Blog at https://emilieamt.com/blog/