A Significant Place in American History 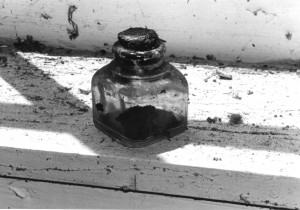 On an April morning in 1868, eighteen young African American students filed into a church in Sharpsburg, Maryland, to begin lessons in a new Freedmen’s Bureau school funded by the local African American community.  Twelve of the youngsters had been enslaved only four years earlier, before Maryland abolished slavery in 1864.  Their teacher, Ezra Johnson, christened the school “American Union.”  The church, Tolson’s Chapel, was a small board-and-batten structure which had been built in 1866 on land donated by a Sharpsburg African American couple.

Tolson’s Chapel and the American Union school were powerful symbols of what had occurred in this very town only a few years earlier.  On September 17, 1862, the Battle of Antietam earned the distinction of the bloodiest single day of fighting during the American Civil War.  Almost 23,000 men had been killed, wounded, or reported missing on that horrendous day.

The Union Army could claim only a partial victory, but it was enough to give President Abraham Lincoln the opportunity he had awaited to issue the preliminary Emancipation Proclamation on September 22, 1862.  A free African American community rose from the sacrifices made on those Sharpsburg fields that September. The origins and meaning of the Civil War are still debated,  but one unmistakable result of the bloodshed was made manifest on that April morning in 1868, when free African American children opened school books in Tolson’s Chapel, in a sacred place built by an independent and proud African American community.

Tolson’s Chapel still stands on High Street in Sharpsburg.  No longer a functioning church, local historical organizations and town residents are pitching in to preserve and save this historic building and adjoining cemetery.

The church became the spiritual and educational center of a vibrant community of African American families in Sharpsburg after the Civil War, and a symbol of their struggles and triumphs.

Those buried in the cemetery were witness to and participants in these momentous events – Hilary Watson, a former slave who became a Trustee of Tolson’s Chapel and built his own house on the same street; Wilson Middleton who volunteered and fought in the Union Army; James Simon, who taught in the school in Tolson’s; and Nancy Campbell, manumitted before the Civil War, who donated a bible to the church, the Nancy Camel bible is currently on display in the Antietam National Battlefield museum.

Tolson’s Chapel is a significant place in American history.  Virtually on the grounds of the battle that led to the Emancipation Proclamation, here stands the beginnings of a free life and a free community – a church and school – for African Americans.  Tolson’s Chapel is a tangible reminder of what the Civil War was about for many Americans, particularly for the four million enslaved on the eve of the war – freedom.